Please give generously - the end is nigh 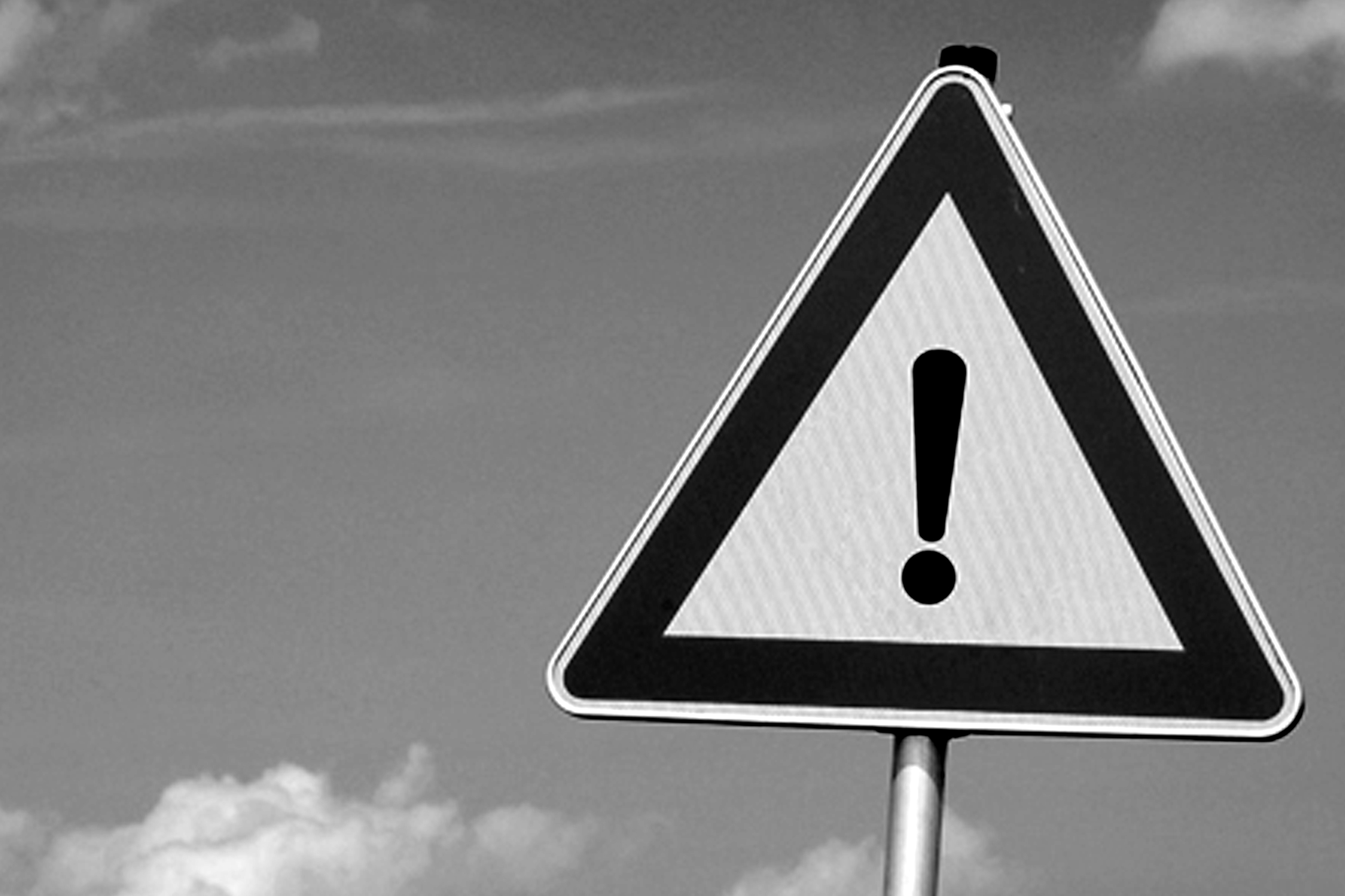 “I’m a peripheral visionary. I can see into the future, it’s just way off to the side.”

“Avoid the fallacy that to have an appropriate respect for uncertainty in the face of possible irreversible catastrophe amounts to ‘paranoia’, or the converse a belief that nothing can be done.”

“Click. Hi there! Hope I’m not disturbing you? I am a professional environmental charity fundraiser. Here’s what I’ve not been telling people...”

The natural world and industrialised civilisation are headed for collision and collapse. I’m sorry if we haven’t mentioned this to you before.

Picking the winning horseman of the Apocalypse is a bookie’s paradise. But I’m willing to take a punt. The chances of none of them finishing this death race looks like a laughable long shot. Unfortunately, that is precisely what we’ve all been betting on up until now.

Let’s take a look at the form. I’m in my mid 40s. I live near an industrialised city. It’s very likely that a severe and permanent downgrade in the living standards of people like me will happen in my lifetime. I would be dumbfounded if it didn’t happen in the lifetime of my primary school children. It will undoubtedly become a major feature of the lives of my grandchildren, should I have any.

First faller at the fence, shot in the snout and off to the glue factory will be: Our Financial System, ridden by, well, everybody. This stack of Ponzi schemes is a fraud so all encompassing there’s only two possible reasons people overlook it. 1. Its boundaries are beyond our conscious horizons. 2. Feigned ignorance serves our short and medium term interests.

The 2008 Global Financial Crisis was like when you realise you have filled your petrol car with diesel. Today’s economic situation is more like a dream when you realise your car is really a rabbit being driven by the infant baby Jesus. The numbers this gigantic surrealist lottery machine is spitting out now have almost no bearing on physical reality.

This is not surprising. I remember my school economics teacher explaining the central assumption of economics: “natural resources are infinite....” From then on I split my time between drawing flaming skulls on my notebook and sniggering at everything he said. I couldn’t understand why he wasn’t arguing with the physics teacher in the playground every lunchtime, with the biology teacher throwing taunts.

Today Premier League footballers buy jewel encrusted smartwatches that unlock their supercars. They cost more than the vehicles. Tell me again that this system isn’t nuttier than a bluetit’s breakfast. The dyke of unreality is rumbling. A crisis is building.

One way to picture this is as a children’s game of musical chairs. The chairs are the world’s dwindling real resources. The players are investors. They run round making it look like a happening party. All it takes is for someone to miss a chair and sit down hard on their coccyx. Like when US mortgage debt went bust. The music stops. Everybody panics and tries to sit down on the resources. There’s nowhere near enough. Mayhem. Since the last near collapse in 2008 we’ve just been pretending there are more and more chairs and hoping nobody stops the music. Until a virus did.

A full breakdown will trigger a brutal detox from our outlandish debt addictions. In New Zealand, our 'Rock Star' economy is staggering into rehab. As we all sober up, we may notice that our liquid fuel addiction relies on shady connections in the Middle East. The endless wars this is fuelling may mean oil becomes only erratically available and fearsomely expensive. The easy oil is gone. It’s costly to keep invading countries for what’s left. Tar sands and fracking are like shooting crack into your ballsack - a dirty and expensive last chance saloon.

These forces are right now systematically wiping out a lot of people’s savings and pensions. They will make it a bit tricky for middle aged people to keep using their homes as cash machines. A lot of people will find they can’t afford cappuccinos, mortgage payments or next week’s rent.

Nobody has figured out a way to safely stop this madness. It’s the same all over the world. Continued disruptions of this kind will eventually price New Zealand out of selling almost anything heavier than an idea. Surprise! Shipping milk powder, frozen lamb and logs from a remote island is not desperately cost effective. Meanwhile, other nations are making miraculous discoveries. They can grow cows, sheep and trees closer to home. It’s a wonder they took this long. After all, they’ve only been making all the complex electronics and vehicles for the last 40 years.

In the long run everything made of oil or transported with it is set to become more expensive and difficult to get. This includes such fripperies as modern medicines. Welcome to the New Zealand’s edition of the Cuban blockade, with the lockdown as just a prelude.

Meanwhile, our politicians will continue their heroic struggle. Reality vs every middle class Kiwi’s perceived right to a high powered ute with jet skis and dirt bikes on the back. At some point they will probably trigger the nationalisation and maximisation of domestic oil production. That may be the only way to placate the populace and postpone heading back into an 1800s lifestyle with a knackered environment. If we leave this too late we won’t have the resources to put the required infrastructure in.

The idea that we will all shift to solar roofs, electric cars and batteries made of sea salt is great. A rapid, radical and immediate shift towards manufacturing resilient independent energy systems and distributing them across the whole population might do some good. Let me know when you see that happening. I’ll be out back chopping firewood.

Or we can go live on Mars. Not many people live in Earth’s deserts for reasons that are obvious to everybody. But Elon Musk and Stephen Hawking have suggested we move to a far less hospitable place on a lifeless rock marooned in the void at least six months away. It’s like burning down your suite at the Hilton to pogo stick over to a dumpster in the Sahel. Or smashing holes in the bottom of your lifeboat to make a raft. It makes no sense at all.

These delusions have some things in common. They’re way too expensive and difficult for us to have any hope of making them reality. They would simply take more resources than we have. They both require industrial civilisation to run as smoothly as a snake on freshly oiled roller skates. That’s the same system currently acting more like a panicked roller skating elephant with a screaming chainsaw superglued to its trunk, surrounded by mice. Pursuing these mirages will wreck our uniquely beautiful and living planet for the sake of a proposed future that isn’t even possible, let alone sustainable. And at best the only people that could possibly take part are people like Elon Musk and a handful of his friends.

So back to that firewood. New Zealand’s forests are in any case set to become largely abandoned. This will come as a blessed relief to whatever wildlife survives. Nobody is going to run industrial tree plantation monocultures if they can’t export the timber. Nobody is going to give a shit about trying to earn credits in a discredited and largely pointless carbon trading system. It is way too late to put that genie back in the bottle. So those of you with the weaponry and skills may go hunt that surviving wildlife, or each other.

Some will probably try to fish too. Commercial fishing, another big NZ export, will struggle along for a while yet. But we have trawled almost everything out of the ocean we could get into breadcrumbs. Pollution, acidification and oxygen depletion look set to ensure the oceans of my grandchildren will have more plastic by weight in them than fish.

Some ocean ecologies will survive. New Zealand just needs to defend them against hungry all comers and dark fleets in the world’s largest Economic Exclusion Zone with that massive navy we don’t have. But if you’re near the crumbling coast you will probably still be able to catch a feed occasionally, possibly in what used to be your front room.

My potential grandchildren will be left with some interesting choices. They won’t be about sustainability, or even economics. They will be about survival.

We do have a fair bit of legroom here in New Zealand. That is while we can still stave off millions of climate refugees, with that massive navy we don’t have. We will look back nostalgically on the days when refugees were largely unarmed and disorganised. Billions of people will be trying to get into the few places still worth living in. They won’t always be asking nicely.

Our major cities will be figuratively drowning in unemployment, crime and immigration, if not actually drowning in seawater. To prepare for that we are currently letting heavily armed drug peddling motorcycle gangs expand all over the country.

A lot of folks may opt to go back to the land, or be forced there. They will discover blasted topsoil, decimated wildlife and polluted streams. Think Little House on the Toxic Prairie. We can all grow beards and wear shapeless gingham with our strange and sickly descendants.

We will try to face up to the long term challenge of maintaining the geothermal plants, hydro-electric dams, wind turbines and the national grid. They will be our last crumbling bulwark against a dive towards a new Dark Age.

The final fate could rest with any of the remaining world powers, or anyone with an army larger than the All Blacks. Australians, for example. They get to choose between becoming extras in endless Mad Max reruns, or finding somewhere cooler to live...

We are not going to stop these processes. But there’s a lot we can do to respond to them. We can still take steps to navigate them a great deal more sensibly than we are doing now. There's loads we can do once we get over our solution illusions and magical thinking.

I’ll get to that next.

That is of course, assuming nobody goes nuclear. That kind of planetary chemotherapy might address these issues by wiping a lot of humanity from the face of the Earth. Just this week I saw a new publication that stated: “Using nuclear weapons could create conditions for decisive results and the restoration of strategic stability.”

This isn’t the introduction to a new Terminator novel. It’s the new nuclear warfare doctrine adopted by the US joint chiefs of staff. 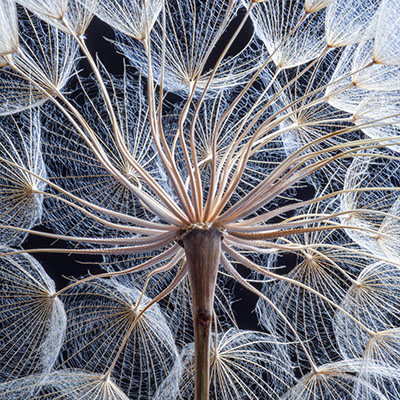 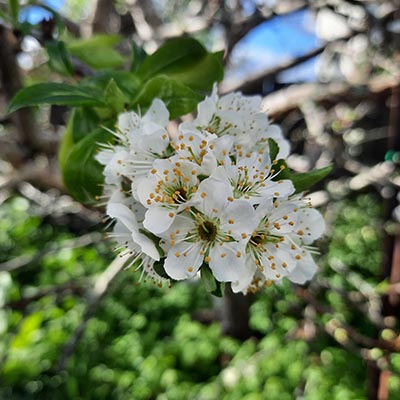