Like many of my generation I grew up on a diet of American sci-fi TV, and believed that the future would see humanity living in a post-scarcity world, and exploring the far reaches of outer space. A contrasting TV staple from my youth was ‘Our World’ on a Sunday evening (with the classic Jean Michel Jarre synthpop intro) which showed documentaries about the natural world, sometimes with a focus on mankind’s effect on the environment.

Moving into my teens and twenties I had a growing awareness of the damage that humanity was inflicting on the planet; but to me it was other people causing the damage in other places - New Zealand was fine, and our lifestyles here were benign and righteous (we were nuclear free after all…).

It seems that humanity is on a dangerous trajectory, and there is a very bumpy road directly ahead of us. Rather than fixating on the rising crescendo of disaster noise that I see around me, my efforts here focus on how we can create a lifestyle and mindset that is better prepared for the vicissitudes ahead. Who knows, the apocalypse might even be fun! 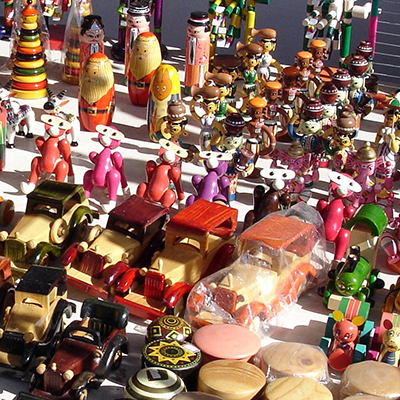 The upside to degrowth

Article
By
Bernie Ranum
IN
Choosing to lead a life with less of a focus on shopping for pleasure is good both for personal happiness and the health of the planet.